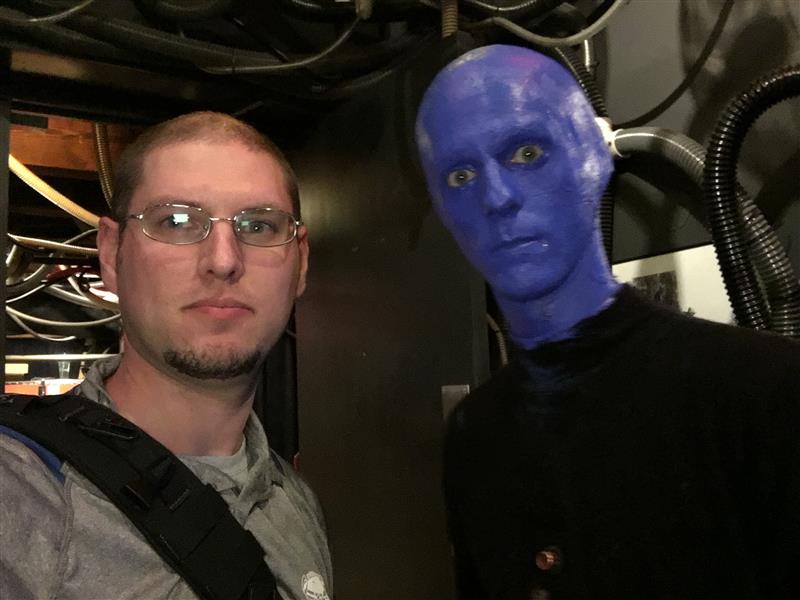 Kenneth R. George has been the director of bands at the Indiana, Sauk, and Arcadia Schools of Matteson School District 162 for the past 15 years. During his tenure, the program has grown from 12 students to over 160 students in three concert bands, a jazz band, and a percussion ensemble. His bands have performed at the Illinois State Capitol Building, Discovery World Stage in Milwaukee, WI, the Field Museum of Chicago, have played the National Anthem for the Windy City Thunderbolts baseball team and have performed pregame music  for the Chicago Fire Soccer team. Kenneth is also the associate director of the Alan B. Shepard High School Marching Band and clinician with the Jazz Ensemble in Palos Heights, IL. In addition to band duties at Alan B. Shepard High, Kenneth also serves as the Technical Director of the Theater running the sound and lighting for concerts, plays, and musicals.

Kenneth is an active performer and conductor in the Chicagoland area, performing regularly  with the Frankfort Brass Band as well as conducting and playing with the Route 66 Concert Band. He has also performed with South Suburban College Symphonic Band, Prairie State College Concert Band, and a very Merry Tuba Christmas annually. He is also an active adjudicator of performance ensembles for the Illinois Grade School Music Association in the Chicagoland area.

Kenneth R. George earned a Bachelor’s of Music Education from Indiana State University in 2005. He has also earned a Master’s of Music Education specializing in Instrumental Conducting and Rehearsal Techniques from Northwestern University in 2012. He lives in Joliet, IL with his wife, Lindsay and two children Abigail, 11, Annabel, 8, and Tucker a Sheepadoodle. Kenneth enjoys camping in their Travel Trailer around the country, woodworking, shooting sports, and is active in the Boy Scouts of America.